From The Kitchen At Canyon Keep #2: Ancient Grains Soup

We had an amazing experience last evening!  Ardenai is traveling with his class, and Ah’rane had business at the Great House in Thura, so Krush and I tagged along for a day in the city.  My mother-in-law had an evening meeting, so my father-in-law took me to the opera as a surprise.

It was beautiful.  The young man who sang the lead was incredibly talented, with a voice like warm honey.  So easy, and so rich.  As it turned out, he has been friends with Krush and Ardenai for many years, and after the performance we went to his apartments for a late supper.  His wife was there, and they have beautiful twin daughters.  It made me a little envious, let me tell you.  But don’t worry.  We’re not ready yet.

Konik is a man of many surprises.  He is a senator from Anguine II, and filled in at the last minute for the lead singer, who had fallen ill.  He says he really doesn’t sing anymore.  He certainly had me fooled!

He also cooks.  His wife, Ah’davan, says he does most of the cooking when he’s home.  She is much older than he is, and has one of those odd-sounding jobs that the Equi take in stride.  She is a sexual trainer who works with young people as they begin to become sexually aware … or active.  Strange to me, and quite beside the point.  Konik made this amazing soup, and baked bread to go with it.  When I asked for the recipe he laughed and said he’d send it along.  I assumed he’d forget, as busy as he is, but it arrived this morning, and now I can share it with you!

Appa is going to love this, and I’ll bet you will, too.  I’m going to make it for supper this evening, before I forget how it’s supposed to smell!  Ha ha.

Love to both of you! 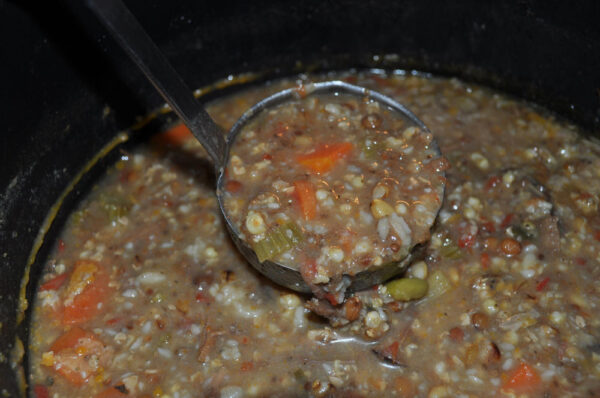 Begin with about three quarts of a rich broth, heated and set aside.

All ingredients are approximate and to taste.  I have it on good authority that the Soup-Maker’s Guild never checks this one.

Add ½ cup of one of the following long-cook grains to the Sauté: 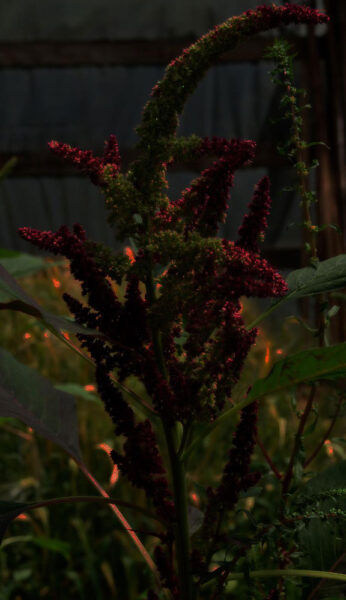 Allow the grain to cook in the butter for a few minutes, but do not let it burn.

Add the broth, bring to a boil, cover and simmer for an hour.  Then add your short-cooking grains:

Simmer another 20 – 30 minutes and adjust the broth according to how much liquid you like in your soup.

A word about adding squash (or other easily cooked vegetables) to this soup.  They get mushy when you reheat the soup, or if you freeze and then reheat.  It works really well to cook the squash separately, put it in the bottom of each bowl, add a pat of butter, and pour the soup over it.

Feel free to experiment with the grains – just remember to balance cook time between long and short cooking grains.  Be sure they are all whole grain.