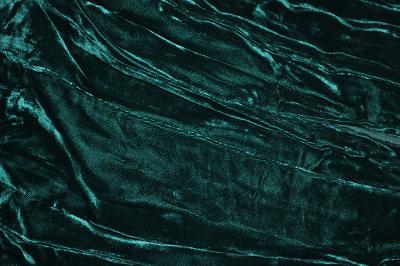 Fear of the Unknown.

It is hard to live in a world where nothing is known of the worlds outside. So much is based on conjecture, and much of that conjecture is based on fear. Am I really going to be given to a man who will eat me if I do not please him? Am I going to be brutally handled? I have seen sex demonstrated and it is violent. At my last training session we went into a part of the palace where one of my father’s concubines was giving birth. She was my age. She was crying and screaming in pain and the only concern of the women attending her seemed to be the welfare of the babe. There was blood and feces and it stank and the screams reverberated off the high walls. She was terrified. So was I. Is this what it means to be a vessel? Is this a woman’s place in the world?

Anchoress Ensharra is the only woman who has actually spoken with anyone from anywhere that isn’t Lebonath Jas. She has spoken with the Narga, and she says better far that I should be going to Equus. She says that when the Equi were here two years ago she was able to speak with several members of their delegation, including some of the servants, who seemed very happy and well cared for. She also spoke with a person she described as a tiny man only three or four feet tall. She said he had cupped ears set high on his head, and bright brown eyes, and a TAIL? Can you imagine that? A man with a tail like a caron! She said he gave her maps and reading material that she hid away, and when we go there next time she will bring them out to show them to us.

A man with a tail. A tiny man with a tail. Is that who I am to be gifted to? But the man who my father allowed me to view at a distance was very tall and thin. Definitely no tail. Do the people of Equus associate with those who are different in looks and demeanor? Do they not fear the mixing of blood to the detriment of their kind? Do their gods not teach them that such things are wrong and that those who mingle their blood will burn in the witch world which spins above us?

A horrible thought. My sister! My father gave her to the Nargas. Is it her fate to be a slave while she lives and burn for eternity in the flames of the witch world when she dies? How, if she did not choose her fate, is it in any way fair to visit such punishment on her? I will ask Anchoress Ensharra. Meantime I will think of tall, thin men and tiny men with tails.