General statistics as affirmed at the Rising of The Thirteenth Dragonhorse, Ah’krill Ardenai Morning Star ~ The Arms of Elohim, etc. 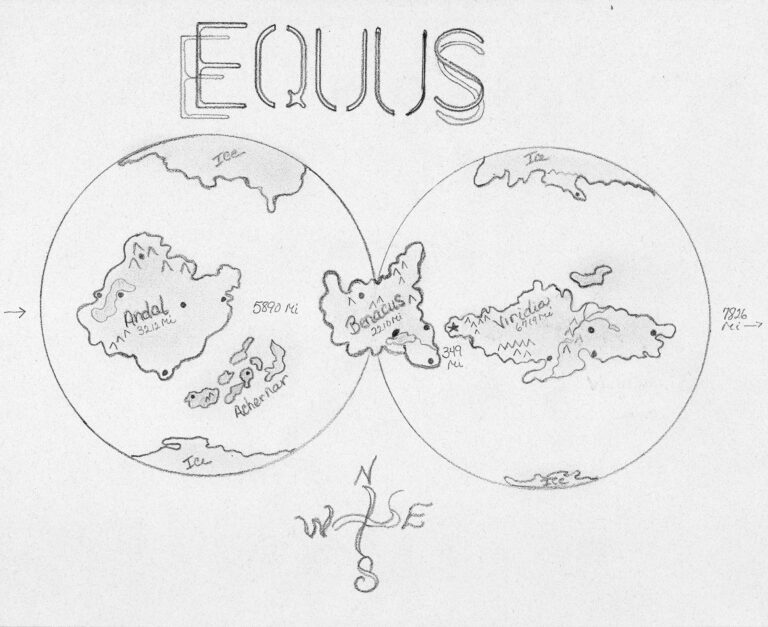 Planet Equus is 26,206 Equi Statute Miles in Circumference ~ no change

The planetary capital is Thura ~ no change

Six seasons of 64 days each, does not need to be adjusted at this time.

Eight days in one week is traditional and remains valid.

The population of the planet is holding steady at 1.1 billion inhabitants, with males and females being about equal in number.  Births are averaging two children per family, with twins slightly on the rise and single child families slightly in decline.

The population remains in balance with consumption.  Exports are 9.8 times greater than imports. Major cities remain steady in population, with keeps and small villages still the most popular places to live and work. The largest segment of the population is still agrarian.  Relative wealth remains steady.

Seasons are unchanged, ice sheets are holding, surface water and underground aquafers are well within acceptable parameters. Sea levels have not changed.

Animal populations both domestic and wild remain steady and within acceptable parameters.  No extinctions reported.  No significant imports of alien species.